This piece was originally published in The Telegraph on 5 May 2016 at:
http://www.telegraph.co.uk/news/2016/05/05/why-brexit-would-make-the-uk-less-secure/

When the former US chief of staff Admiral Mike Mullen said “debt is the biggest threat to US national security”, he underlined that effective national defence cannot be seen in isolation from a healthy economy. This is quite vulnerable to the consequences of Brexit as the UK is running a 7 per cent current account deficit, the biggest peacetime shortfall since 1772.

Some analysts discount if not completely deny the past contribution of the EU to the UK’s security. Yet, 70 years of relative peace in Europe were not simply due to Nato, but also required the process of European integration: by providing a framework for overcoming Franco-German enmity through practical economic cooperation, by anchoring former authoritarian countries such as Spain, Portugal and Greece to democratic principles through EU accession and, more recently, by preventing conflict in central and eastern Europe through the enlargement process.

The civilising influence of the EU’s common institutions and policies have also played an important role in the UK’s relation to Spain over Gibraltar or with Ireland when forging and implementing the Good Friday agreement.

But the EU is also indispensable to preventing conflict in its wider neighbourhood today and tomorrow and address a range of security threats arising from states such as Russia as well as from non-state actors such as Islamic State of Iraq and the Levant (Isil).

While the EU does not and will not for the foreseeable feature have its own army, it has benefited from member state pooling their capacities whilst adding its own unique tools to make foreign policy effective: first, it uses the attractiveness of its market to create incentives and impose costs in support of foreign policy goals.

It is very doubtful whether there would be a deal with Iran without offering the carrot of lifting the EU economic sanctions.

Similarly, the unanimous EU decision to impose sanctions on Russia and thus confound the Kremlin’s expectations was an important signal of support for Ukraine and put additional pressure on Vladimir Putin, the Russian president, to negotiate, rather than push further with his plans for creating Novo Russia, including a land connection with Crimea.

Even those who argue that the EU’s was wrong to offer Ukraine an Association Agreement have to acknowledge that the EU now has significant power solve as well as to create security problems that become highly relevant to Nato.

Outside of the EU, the UK would still bear the consequences of EU policies without being at the table when they are formulated. The clear message from the recent visit of Obama to the UK is that the “Anglosphere” will never fill the gap left by the UK leaving behind the foreign policy structures and capacities it has helped to build. 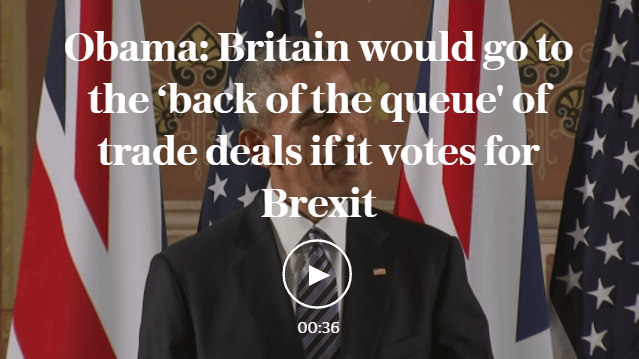 The EU now has a range of instruments available in conflict prevention, a priority objective it shares with successive UK governments. The first instrument is expertise for early warning of conflict as well as for accurate and timely information for conflict management.

With the creation of the European external action service, the EU can now draw on the combined expertise of 3,400 European and delegated national officials working in Brussels as well as 139 EU delegations across the world and at International Organisations.

It also has unrivalled technical expertise in areas such as energy, nuclear materials, environment, development, trade and human rights, all of which have growing importance to the effective conduct of foreign policy beyond conventional diplomacy.

Only the EU can successfully combine military-civilian missions, such as counter-piracy naval operation at the Horn of Africa with a comprehensive foreign policy that addresses the economic, social and political root causes of why people in Somalia and elsewhere go into piracy.

Similarly, addressing the problem of Isil and the appeal of militant Islamism more broadly will benefit from the EU through supporting the economies of southern Mediterranean states as well as exercising diplomatic pressure on countries’ authoritarian rulers to become more responsive to its citizens needs and resist sectarianism.

The UK leaving the EU would be a major blow to the EU’s ability to prevent conflict and make its citizens more secure. It would lose the member with the most global outlook, with the strongest military and the best diplomatic, intelligence and cyber capabilities.

It would sharpen divisions between countries at a time when Europe is faced with unprecedented challenges at its eastern and southern borders.

Without political solidarity in the EU, military alliances and security guarantees become more fragile, thus indirectly weakening Nato. Nowhere is this more clearly perceived as in Poland and the Baltic states.

The “outers” make a deeply flawed argument when they suggest the UK can be more secure, whilst the very act of leaving will make the continent less so.

Border controls cannot insulate the UK from the negative consequences its leaving would bring to the rest of Europe, nor can it hope to enjoy the same benefits.

Christoph Meyer is a Professor of European and International Politics at Kings College London.