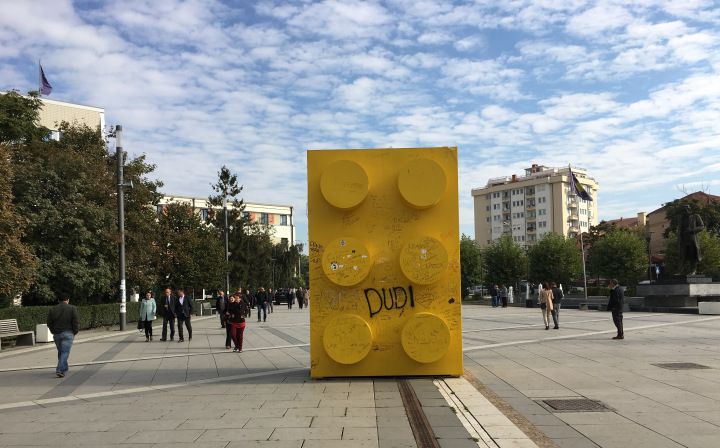 PeaceCapacity is an ESRC IAA impact project. It is a consortium of five organisations led by the University of Bristol’s Global Insecurities Centre. It runs from September 2017 until the end of February 2018.

PeaceCapacity supports the meaningful integration of civil society actors in Kosovo and the Horn of Africa (particularly marginalised groups, e.g. women/girls) into peace processes. This was identified as a key issue by the EU-CIVCAP research project, undertaken within the Global Insecurities Centre, School of Sociology, Politics and International Studies. Funded under Horizon 2020 (12/2015–11/2018), EU-CIVCAP provides a comprehensive, comparative and multidisciplinary analysis of EU civilian capabilities for external conflict prevention and peacebuilding, identifying ‘the best civilian means to enhance these capabilities’ and addressing existing shortfalls. At present, EU-CIVCAP largely engages with EU policy-makers and international organisations working in conflict prevention, peacebuilding and crisis management. PeaceCapacity broadens the range of local-level actors engaging with and benefiting from the lessons and best practices identified by already published EU-CIVCAP findings, and would be relevant to the governments of Kosovo, Somaliland and Ethopia, UK policymakers, nongovernmental organisations and civil society actors.

Who we want to engage and why: PeaceCapacity enables the dissemination of and engagement with EU-CIVCAP’s findings with a wider variety of civil society practitioners within three key conflict areas: the Ogaden region in Ethiopia (also known as Somali Regional State or Somali region of Ethiopia); Somaliland; and Kosovo. These conflicts have been at the centre of instability in the Horn of Africa and the Western Balkans in the last two decades. These conflicts were selected because each represents a different stage in the conflict cycle—the Ogaden region, under threat from Ethiopian security forces, being wholly unrecognised in peace processes, Somaliland, vulnerable to continuing violence from wider Somalia, being a state in all but legal recognition, and Kosovo being legally recognised by some states but still under threat from Serbia. In all three cases, there has been extreme violence and the marginalisation of ethnic minorities, and the three areas share a common aspiration for statehood, which in turn is related to a desire for territorial autonomy on an ethnic basis. The three core partners are well-established, with extensive experience working in these conflict areas. Their access to civil society organisations in these regions (and respective diaspora communities), crucial to inclusive peace processes, will amplify the impact of our research.

Together with our partners, we will develop:

Problem to be addressed: As outlined above, EU-CIVCAP identifies an engaged civil society as being crucial to successful peacebuilding. Often this lacks willpower, skills and finance behind it, and local stakeholders – particularly women and minorities – are often shut out of the process. Capacity building in peacebuilding refers to efforts to strengthen organisations and individuals capacities to meet the challenges of sustainable peace. PeaceCapacity aims to play a role in capacity building within the designated regions by engaging civil society actors and policy makers with the EU-CIVCAP project’s findings, ensuring local ownership among a range of groups. PeaceCapacity will achieve this by engaging with 60 people from ten target groups, with 40 actors from four marginalised groups, especially women/ethnic minorities. For each region we will co-produce with workshop participants a policy briefing (engaging policymakers) and guidelines for local groups (engaging civil society).

The goals of preventing the outbreak of conflict and promoting sustainable peace remain a fundamental challenge to policymakers and analysts alike. Approaches to peace mediation generally still exclude marginalised groups, e.g. girls, women, and ethnic and religious minorities. Such groups are neither represented by the powerful, nor by the non-powerful ‘spoilers’. PeaceCapacity will provide a series of trainings to local civil society actors, with the help of a manual which will synthesise research already conducted by the PI, Co-I and RA. The EU-CIVCAP project has highlighted the lack of local ownership and the need to fully integrate affected communities in conflict prevention and peacebuilding (Juncos et al. forthcoming). Those left out of negotiated settlements have no stakes in peace and may have an interest in the continuation of conflict. This is arguably the case in the Horn of Africa today, and to a lesser extent also in the Western Balkans (see Juncos 2012). Marginalised actors without the means to agitate violently, meanwhile, have generally not been addressed at all in these situations. By contrast, our findings suggest that where communities have been meaningfully involved, conflict prevention and peacebuilding are perceived to be more legitimate by local actors and tend to yield better and more sustainable results than those that have been imposed by external actors (Algar-Faria 2014). As a result, local ownership has become a prerequisite for conflict prevention and peacebuilding activities, which is in line with the objective of supporting human security.

Our research has demonstrated that the EU has co-operated with civil society in a variety of ways on the prevention of conflict – e.g. providing funding for civil society’s conflict prevention activities; sharing information and analysis; and working in alliance with civil society to influence peace processes at different levels. Despite this, there are still problems related to limited public participation, weak local ownership practices and issues surrounding the inclusion and protection of women in conflict areas. The latter issue refers to the need to reach out to vulnerable groups or non-organised civil society, which remains a challenge for the EU and other international actors. The involvement and participation of women in the development, design and implementation of conflict prevention activities—in line with the 2008 EU Comprehensive Approach to the implementation of the United Nations Security Council Resolutions 1325 and 1820 on women, peace and security—has not been consistently demonstrated and the EU has not always used its political and financial weight sufficiently to push for the inclusion of women in the peace processes it supports. While capacity-building programmes have mostly focused on building state capacity, increasing the capacity of civil society organisations could increase the sustainability and legitimacy of peace processes. These and other lessons are currently being disseminated through the EU-CIVCAP website (via the Catalogue of Lessons Learned), project events and policy briefings (see https://eu-civcap.net/).