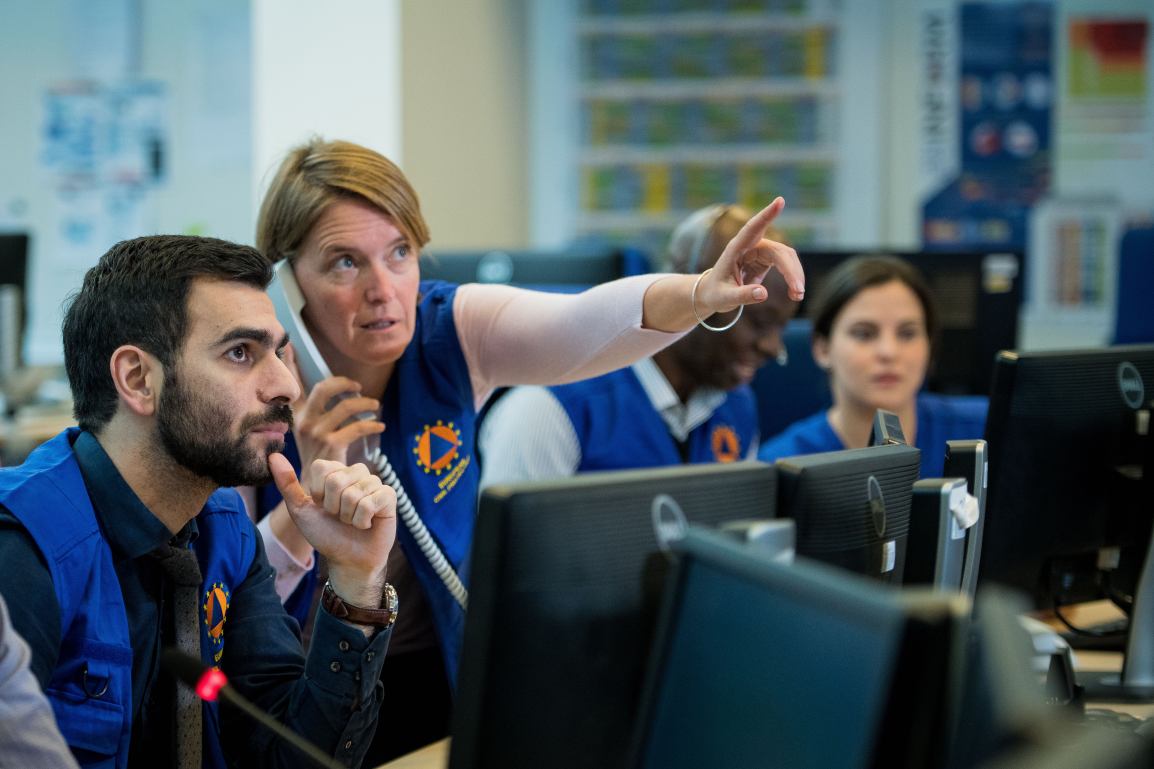 Capacity building is often conceived as a holistic activity. It comprises activities that take place across a range of policy spheres to contribute to wider peacebuilding and conflict prevention efforts in target countries. It is also an internationalised practice, with multiple actors and organisations engaged in different projects with a range of local interlocutors and institutions. In consequence, capacity building tends to take place in a complex institutional space, involving multiple actors, projects, relationships and partners. Such complexity implies a need for coordination at the operational level to avoid duplication of effort and encourage complementarity and coherence in delivery. However, it also presents a series of challenges.

The EU has recognised the importance of, and difficulties related to, increasing coordination and coherence in its actions. For example, the EU’s Global Strategy puts forward a positive intention for the EU’s external action to “become more joined up”.[1] The EU has also invested a lot of efforts in developing a comprehensive approach among its different components and instruments.[2] In its Global Strategy, the EU highlights the need to develop an integrated response to conflicts and crises, expanding the comprehensive approach further.

Deliverable 6.2 focuses particularly on coordination and coherence between international actors and local actors in the context of the implementation of local capacity building programmes in the Western Balkans and the Horn of Africa. While problems related to a lack of coherence have impinged upon the efforts of every international organisation and country involved in capacity building, in the case of large international organisations like the EU, internal coherence represents a specific challenge. Different factors explain why ensuring coherence is such a difficult task: these include foremost the complexity of financial and decision-making procedures and the number and diversity of actors involved in both the decision-making and the implementation process. If capacity building at the international level is complex, so too are the local political environments in which it takes place. This is visible at the policy level, between the different institutions, organisations and actors of government. However, it is also likely to include variegated configurations of political power and interest within the country concerned, as well as distinctions such as those between regions, or between political elites and civil society.

How can the EU and other international actors best coordinate their local capacity building initiatives?

The challenges identified in DL 6.2 centre on the capacity of international actors to coordinate in such a way as to promote horizontal, vertical and inter-institutional coherence. Still, for any hope of coherence, a lead coordinator must be designated, and in the cases highlighted in this report it is clear that EU Delegations can play this role when it comes to coordinating EU actors. Coordinating across a complex range of actors and projects is difficult. Few international capacity building programmes take place under the auspices of a single directing authority, able to plan and integrate activities from the top, though in some cases there may be a lead organisation tasked with a coordination and deconfliction role. This latter approach has been demonstrated to be more effective, particularly in the case of Kosovo. Even in the case of a single entity such as an international organisation, state or government department, coordinating multiple capacity building projects or coordinating between the centre and the field can be challenging. Such challenges often manifest as technical problems – of sequencing, duplication and deconfliction, for example.

DL 6.2
International capacity building in the Western Balkans and the Horn of Africa: Lessons on coherence and coordination

Erik Plänitz holds a Master Degree from the University of Gothenburg with a major in Global Studies.

Gilberto Algar-Faria is the Project Officer for EU-CIVCAP and a Senior Research Associate at the University of Bristol’s School of Sociology, Politics and International Studies.

Katarina Đokić has worked as a researcher in Belgrade Centre for Security Policy since March 2012.

Khadir Abdi has lived and worked in Somaliland, Somalia and the UK and has deep local insight into Somali military and civil society with a global perspective supported by professional experience abroad.

Savannah Simons read Social Policy and Politics at the University of Bristol where she supported the Economic and Social Research Council (ESRC) funded Transforming Insecurities project led out of the Global Insecurities Centre in the School of Sociology, Politics and International Studies.

Sonja Stojanović Gajić has been BCSP Director since 2006. She holds an MA in Politics, Security and Integration with distinction from the School of Slavonic and Eastern European Studies, University College London.

Timothy Edmunds is Professor of International Security and Director of the Global Insecurities Centre at the University of Bristol.