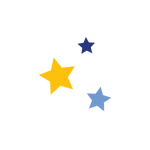 Following on from technology-focused Lessons 9 (Imagery & Analysis) and 10 (Support & ICTs) and their associated research foundations, DL 2.4 examined more closely the role of dual-use technologies in the realm of conflict prevention and peacebuilding. These technologies involve both civilian/private and military/government/public applications, and can be defined more specifically (per DL 2.4) as “tools and equipment with an innate or potential application for civilian and military use, whose character depends upon mental structures, and on the social networks in which they are developed and used.” Some of these technologies were addressed earlier in a more general fashion in DL 2.1 and DL 3.1; conversely, DL 2.4 focuses specifically on the EU’s recent efforts regarding satellites and Remotely Piloted Aircraft Systems (RPAS) for the purpose of conflict prevention and peacebuilding tasks.

Specifically, DL 2.4 clearly shows that the EU has demonstrated both the political will and the funding commitments required to develop these dual-use technologies (and others). In addition, there is clear evidence of a willingness on the part of certain EU actors to deploy these technologies for various external purposes, as indicated by the examples of France, Germany, Italy, and Sweden. These states (and others) also engage in joint projects to help advance these capabilities. However, DL 2.4 also found that there has been a distinct lack of coordination regarding these various efforts, which obviously involve institutions/actors in Brussels as well as those in a number of EU member states beyond those examined in DL 2.4. This lack of coordination is apparent in other areas related to conflict prevention and peacebuilding, and not just involving the use of technology; this problem provides further evidence of a need for stronger procedures (if not explicit structural reforms) to reduce the duplication of effort and promote synergies between these activities, in keeping with the integrated approach more generally. In addition, there has been a marked absence of political will (so far) to use RPAS in particular for civilian CSDP missions. DL 2.4 argues that this is a clear missed opportunity regarding certain conflict prevention and peacebuilding-related tasks such as border management, force protection, protection of civilians, restoring public order, and investigations/surveillance more generally (see the Annex to DL 2.4). 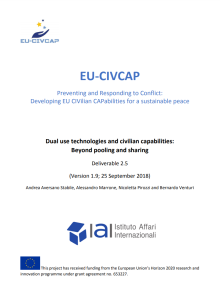 DL 2.5
Dual use technologies and civilian capabilities: Beyond pooling and sharing 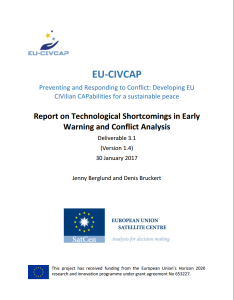 Back to the Catalogue of Lessons Identified